So PLEASE, NEVER EVER opt to pay these Photo Enforced Speeding AND Red Light tickets! You do NOT have to incriminate yourself OR implicate anyone else. It’s the government’s responsibility to provide evidence that YOU were the person driving, don’t help them in their “investigation”.

Last year I received a letter in the mail from the Washington D.C DMV claiming I was speeding. As you can see it was one of those Photo-Enforced Speeding Tickets and they had multiple pictures of my CAR. I knew better to just submit and pay a fine like the majority of people do in this country, unfortunately. I am in the habit of not taking “plea deals”, and I am always in the habit of fighting my tickets and NOT pre-paying them so I don’t have to go to court – like many folks do. I just about always record my interactions with the police, whether it’s a traffic stop or not, that way it keeps the entire situation objective, transparent and I can hold the public servant accountable if he/ she violates my rights. 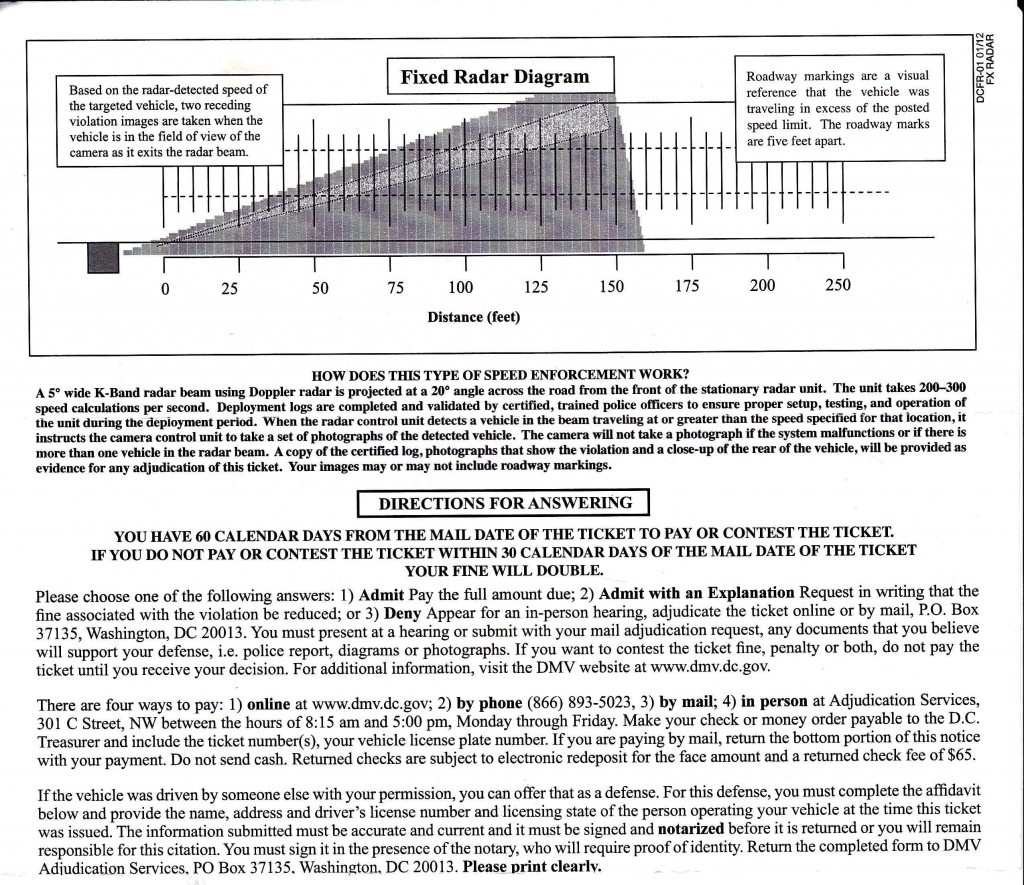 I can’t recall why I got the next letter, but I think it was because I didn’t respond promptly enough. 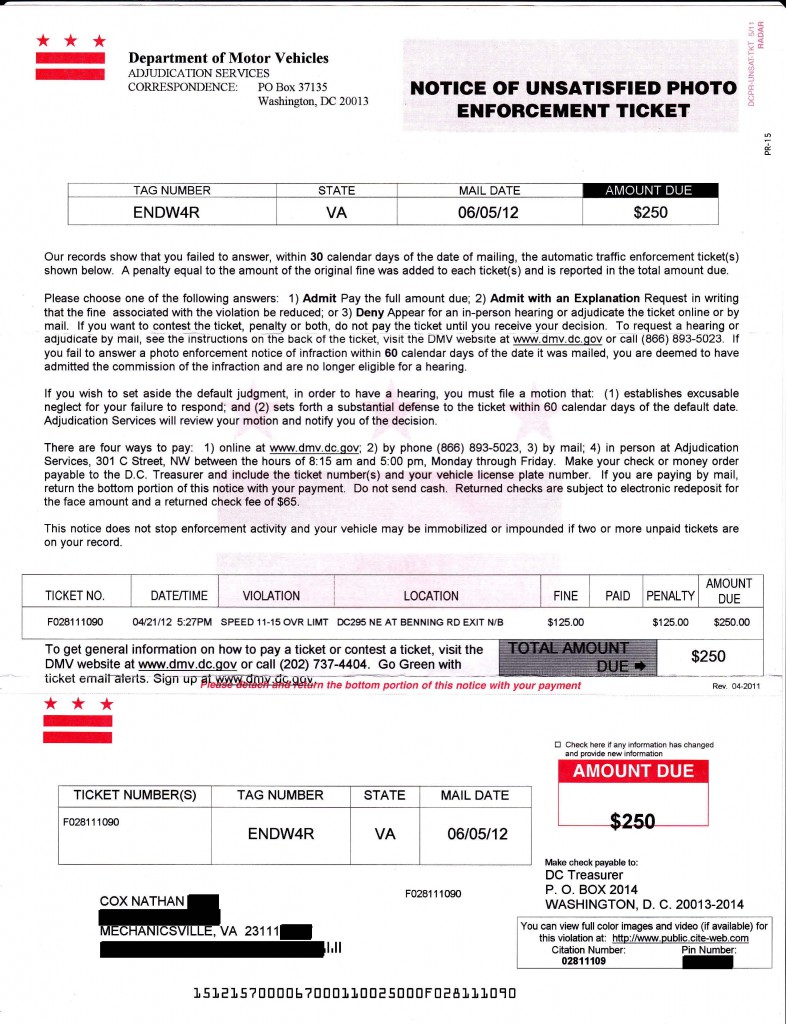 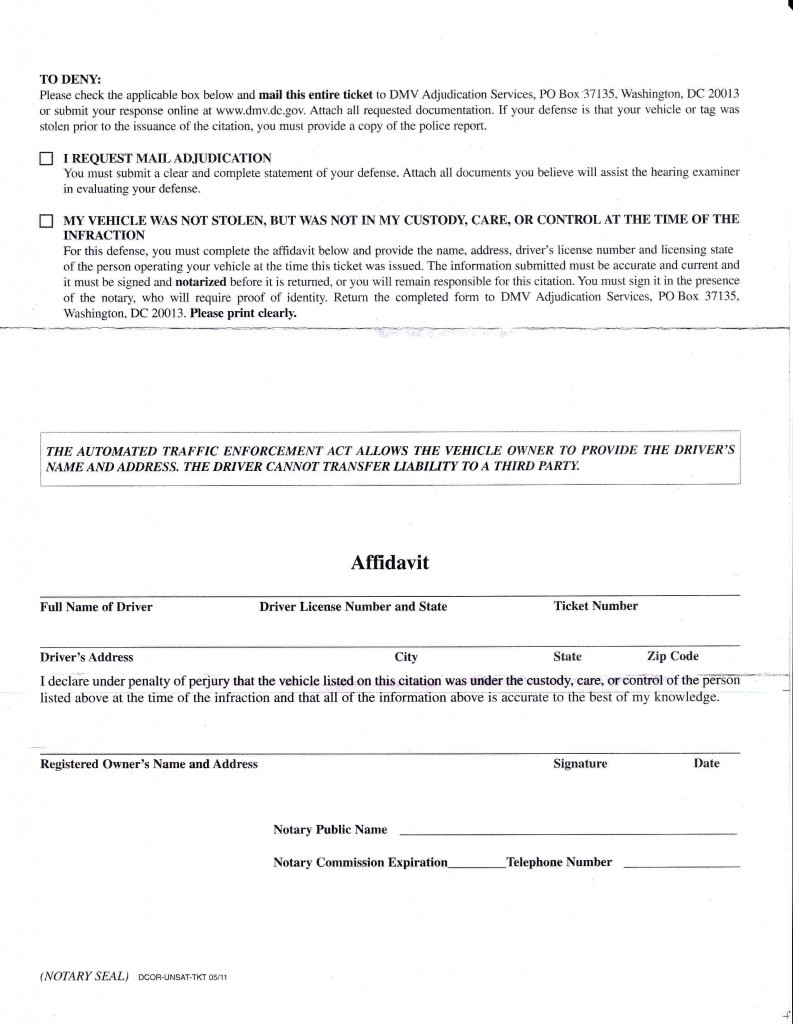 As you can see these criminals issuing these tickets are hoping that the people will just get scared and pay, or not want to waste their time with it. However the government has to provide evidence that it was actually ME driving, it’s their burden of proof. Just because they got pictures of my car doesn’t mean I was driving. So, in response to the first letter, I mailed them back the following letter (copied and pasted):

To Whom it May Concern,

I received a letter claiming I committed a violation of a speeding law in the District of Columbia on 04/21/2012. As per the instructions, I am writing to plead ‘not guilty’ to this charge. Although this option is said to result in this matter going to court; it is my suggestion that the charges simply be dropped. This suggestion comes out of respect for tax payers, and my request that their hard-earned money not be wasted in such proceedings. As there is no evidence of my involvement with this alleged ‘crime’, as well as the fact that I am not granted my 4th amendment right to face my ‘accuser’ (a camera); I see no way the government could prove my guilt beyond a reasonable doubt. I also see find no legal requirement for me to implicate someone else in this process, as it is the government’s responsibility to prove a person’s guilt. It is also my 5th amendment right to remain silent on the matter.

If it is the government’s decision to move forward in this matter, I would request copies of any evidence the prosecution may have of my involvement in the “offense”; as well as, all maintenance records for the camera(s) involved.

HUGE thanks to super activist Meg McLain. I was slammed with work and was about to miss the deadline to mail the rebuttal letter in. She was my roommate at the time, I told her about how I needed it to read and she came up with a fantastic piece. I HIGHLY recommend Meg for any of your Graphic Design or Video Animation needs – She’s stellar!

After sending that letter I received this post card: 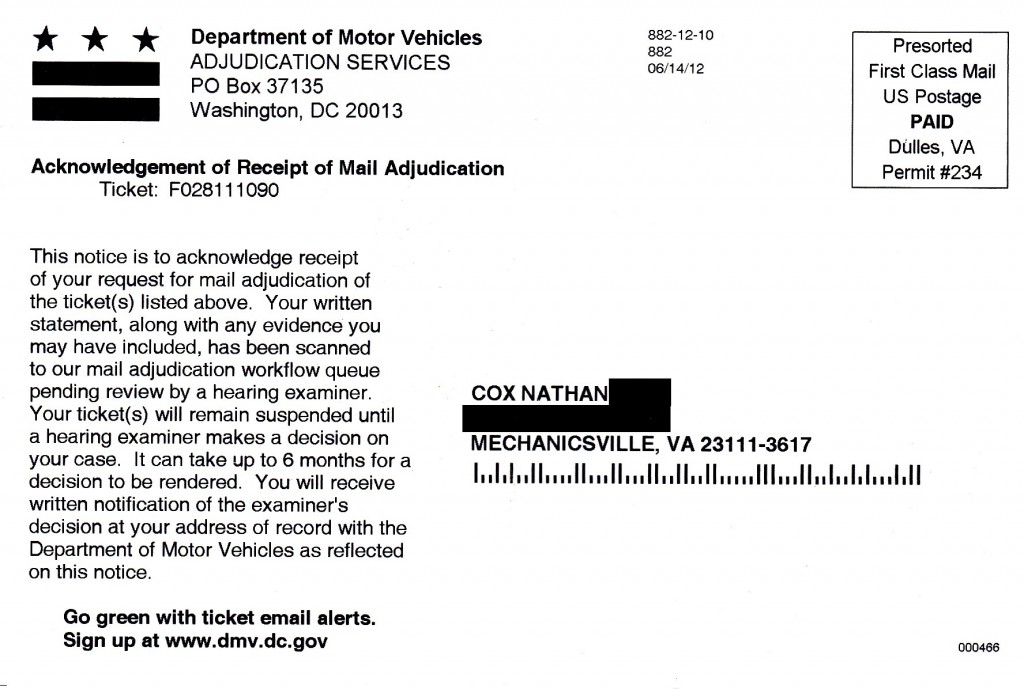 MANY months later (much more than six months), just the other day I get this post card showing that the ticket is DISMISSED. 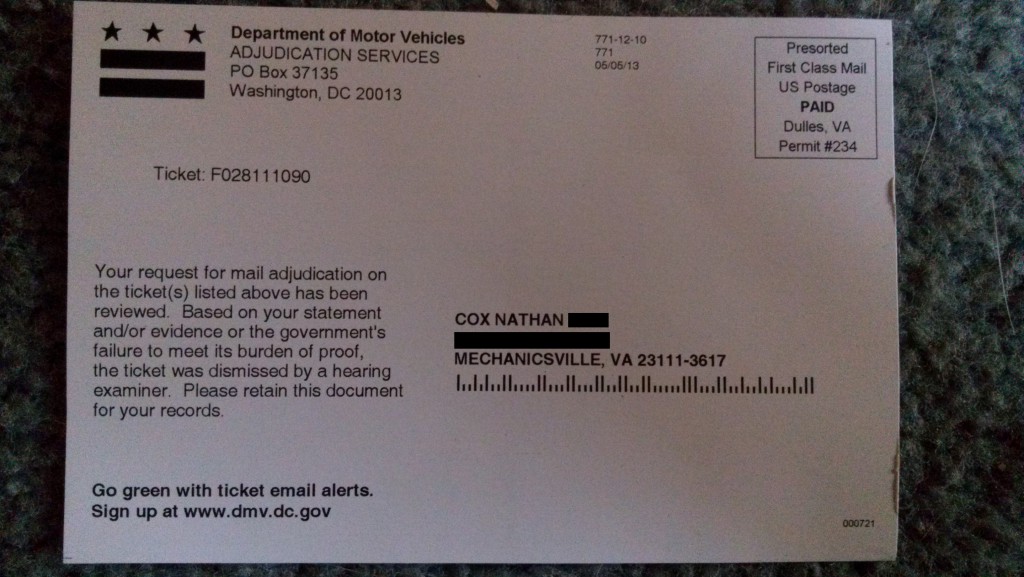 So PLEASE, NEVER EVER opt to pay these Photo Enforced Speeding AND Red Light tickets! You do NOT have to incriminate yourself OR implicate anyone else. It’s the government’s responsibility to provide evidence that YOU were the person driving, don’t help them in their “investigation”. ALWAYS go to court and fight your tickets, if there is NO VICTIM.. there is NO CRIME!

Man confronts Bill Clinton publicly: Why did you fly on Jeffery...