During the Nuclear Security Summit, which was held on March 24th and 25th in the Netherlands, Reuters captured video of presidents and prime ministers from all over the world wearing a very peculiar pyramid-shaped pin

By Michael Snyder | End of the American Dream

Those that have studied secret societies and the occult know that the unholy pyramid is a very dark symbol that represents some of the deepest secrets of the elite.  When it shows up in a very public forum like an international summit meeting, it is usually not by accident.  As I will discuss below, thanks to Freemasons we even find this highly occult symbol on the back of all one dollar bills.  Of course the cover story is that all of these world leaders were wearing pyramids to support “nuclear security”, kind of like if you want to support breast cancer you pin a little pink ribbon to your jacket.  And you never know – perhaps that is all that this was.  But when I watched this video for the first time my jaw just about hit the floor.

The video that you are about to see was shot during the Nuclear Security Summit which was recently held at the Hague.  The following is how the Washington Post described the summit…

Nuclear terrorism is officially the main topic for world leaders at a two-day summit in the Netherlands starting Monday. In practice, the Ukraine crisis will likely overshadow those talks.

The Nuclear Security Summit in the Hague will form the backdrop for an emergency meeting of Group of Seven leaders on Russia’s annexation of Crimea. It’s a confrontation between Russia and the West reminiscent of the Cold War.

I have posted the video footage that was captured by Reuters below.  As you can see, Barack Obama appears to be wearing an American flag, but almost all of the other presidents and prime ministers are wearing pyramids…

When I first watched that video, it reminded me of a really bad apocalyptic movie.

Except that it was real.

And I find it interesting that at this same summit, Barack Obama, Chinese President Xi Jinping and most of the rest of the world leaders played a “nuclear war game”…

World leaders including President Obama, U.K. Prime Minister David Cameron and Chinese President Xi Jinping played a “nuclear war game” designed to test how they would respond to a global terrorist attack at a high-level meeting, the Telegraph reported Tuesday.

The leaders also included German Chancellor Angela Merkel, who according to the Telegraph was unhappy and did not want to play the game.

The game took place at the nuclear summit at The Hague and included dozens of other heads of state.

It required leaders to respond to the scenario of a terrorist attack with a “dirty bomb” in a big Western city. Leaders had to answer a series of questions on how they would respond to the attack as the game progressed and new challenges arose.

Let’s hope that game does not foreshadow any real events.

So what is the big deal about wearing pyramids?

Why get so excited?

Posted below is the pyramid that can be found on the back of every one dollar bill.  It was added to the dollar bill at a time when a Freemason was president and a Freemason was vice-president.  The following is how Vice President Henry Wallace described the deliberations that took place back then…

Roosevelt, as he looked at the colored reproduction of the Seal, was first struck with the representation of the “All Seeing Eye,” a Masonic representation of The Great Architect of the Universe. Next he was impressed with the idea that the foundation for the new order of the ages had been laid in 1776, but that it would be completed only under the eye of the Great Architect. Roosevelt like myself was a 32nd degree Mason.

He suggested that the Seal be put on the dollar bill rather than a coin and took the matter up with the Secretary of the Treasury. He brought it up in a Cabinet meeting* and asked James Farley [Postmaster General and a Roman Catholic] if he thought the Catholics would have any objection to the “All Seeing Eye” which he as a Mason looked on as a Masonic symbol of Deity. Farley said “no, there would be no objection.”

Most Americans carry these bills around with them every day, and yet they have no idea what this symbolism means… 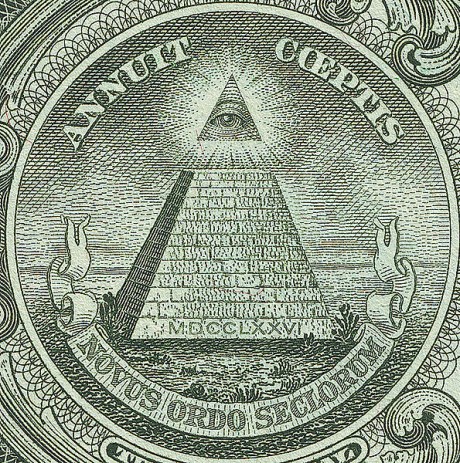 When people do take the time to study this image, what usually jumps out at them right away is the phrase “Novus Ordo Seclorum”.  That phrase is usually translated as “New Order of the Ages”.

At the top is another phrase – “Annuit Coeptis”.  It is usually translated as “He approves of our undertakings”.

But who is the “he” in that phrase?

The key to figuring that out is to examine the pyramid itself.  At the top of the pyramid sits the Eye of Horus.  As author Rob Skiba has pointed out, these symbols come directly from Egyptian mythology…

“The ‘All-Seeing Eye’ on the back of our dollar bill comes from Egyptian mythology. It is directly related to Osiris and his son Horus (who is supposed to be the reincarnation of Osiris). In the Egyptian picture language, the name Osiris is represented by the imagery of a throne, an eye and the profile of a man“

Skiba goes on to explain that the name Osiris essentially means “He who has his eye on the throne.”

And this pyramid on the back of every dollar bill is actually a prophecy that reflects the occult belief that one day Osiris will rise again and take his place on the throne of “the New Order of the Ages”.

As Peter Goodgame has detailed, this occult belief goes at least back to 300 BC…

Osiris was in fact the first Egyptian king to be mummified, which set the precedent for this Egyptian ritual that was carefully maintained down through the ages. Why was Osiris mummified in the first place? Because the Egyptians believed that one day he would rise from the dead and require the use of his body once again! The “Story of Setna” found within the “Book of Thoth,” which dates back to at least 300 BC, records the expectation of the eventual “awakening” of Osiris:

“Bring their bodies to rest here with mine, that we may await together the Day of Awakening when Osiris returns to the world…. He spoke another word, and a mighty sandstorm came up and buried the tomb so that none might find it again. There it lies hidden for all ages against its finding by mortals. And there lies hidden the Book of Thoth, held safely by Nefrekeptah, his wife Ahura, and their son Merab. They stand guard over it and await the Day of Awakening, when Osiris shall return to the world once more.” (“The Book of Thoth,” www.touregypt.net/godsofegypt/thebookofthoth.htm)

The god Osiris was the central figure of the Egyptian ruling dynasties, and the golden sarcophagus of King Tut (below) was actually a representation of Osiris, who was the god that King Tut trusted in for eternal life. The Egyptians back then, and the highest initiates of Freemasonry today, actually believe that this ancient mythical figure will rise again to rule the world once more.

And without a doubt, this is still what secret societies believe today.  They look forward to the day when their dead god will once again arise and lead the world into a new golden age.  Just consider the words of one of the most famous Freemasons of all time…

“The Dying God shall rise again! The secret room in the House of the Hidden Places shall be rediscovered. The Pyramid again shall stand as the ideal emblem of solidarity, inspiration, aspiration, resurrection, and regeneration.”
-Manly P. Hall, The Secret Teachings of All Ages (New York, NY: Penguin, 2003), page 120.

That is why it is so alarming that we are starting to see the pyramid and Egyptian symbolism start to pop up all over the place.  You can find it in popular novels, video games, television shows and movies.  There seems to be a major push to make this stuff part of the mainstream culture.

In a previous article, I detailed how Jay-Z and other top stars are seemingly fascinated with this symbology.  Just check out the photo of Jay-Z flashing the eye of Horus below… 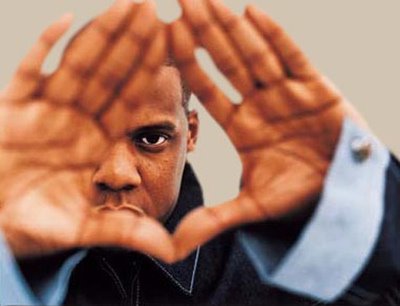 Perhaps it meant nothing that all of those world leaders were wearing pyramid-shaped pins this week.

Perhaps it was just an innocent coincidence.

But these things usually don’t happen by accident.

The elite of the world are absolutely obsessed with this stuff, and they believe that the return of their occult Messiah is just around the corner.

This article originally appeared on End of the American Dream.

Kanye West to have lunch with President Trump

The VA scandal is just the tip of the military abuse...