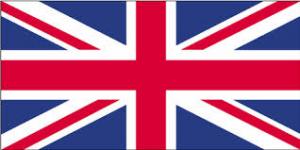 British Home Secretary Theresa May has ordered a “what works” study of drug reforms in other countries, but has rejected a call from the House of Commons for a quick-acting royal commission on reform. The Commons home affairs select committee had called for a royal commission to report by 2015 on how to change the country’s 40-year-old Misuse of Drugs Act.

While not going as far as MPs might have liked, the move suggests that the Tory government of Prime Minister David Cameron feels the ground shifting beneath it on drug policy, in part because its junior partners in the governing coalition, the Liberal Democrats, advocate for a much more radical approach.

“The government does not believe there is a case for fundamentally re-thinking the UK’s approach to drugs — a royal commission is simply not necessary,” said May’s official response to the select committee. “Nonetheless, we must continue to listen and learn from emerging trends, new evidence and international comparators. In particular we will build on the commitment in the drug strategy to ‘review new evidence of what works in other countries and what we can learn from it’ and conduct a study on international comparators to learn more from the approach in other countries,” she conceded.

But May’s response also signaled that the government has already made up its mind on at least one topic, and that had the drug reform groups Release and Transform Drug Policy Foundation (TDPF) calling foul.

“The coalition government has no intention of decriminalizing drugs,” she said, but added that any discussion of alternatives should be based on evidence and analysis.

“Is Theresa May calling for a review whilst promising to not act on the information gathered?” Release asked in Thursday tweet.

TDPF echoed that sentiment in its own tweet: “Why does HASC response say ‘no intention of decriminalizing drugs’ in same para as announcement of evidence-based inquiry into same?”

The review will be led by Liberal Democrat Home Office minister Jeremy Brown. It will include a trip to Portugal to study that county’s experience under decriminalization, as well as a look at the effects of the marijuana legalization votes in Colorado and Washington, medical marijuana in US states, and the international response to new synthetic drugs or “legal highs.”

John Cleese: London is not an English city anymore