By Ethan A. Huff | Natural News

The illusory notion that the federal regulatory agency known as the Centers for Disease Control and Prevention (CDC) is somehow a public entity working on behalf of the people to protect us all from disease is simply laughable.

The CDC, by definition, is a private corporation working on behalf of its stakeholders, which include key players in the pharmaceutical and vaccine industries that profit from the spread of disease, not from real prevention and cures.

The first and most obvious clue that the CDC isn’t what it appears on the surface is the fact that this supposed government agency is listed in the official Dun & Bradstreet (D&B) directory as a for-profit corporation.

D&B is a Fortune 500 company based in New Jersey that maintains databases on more than 235 million companies worldwide – it’s a who’s who of the global business climate, and is recognized as one of the first companies to be publicly traded on the New York Stock Exchange (NYSE).

Related:  Trump: They did these massive dumps of votes, FBI DoJ may be implicated

Here’s a screenshot of the CDC’s listing on D&B, courtesy of the AntiCorruption Society: 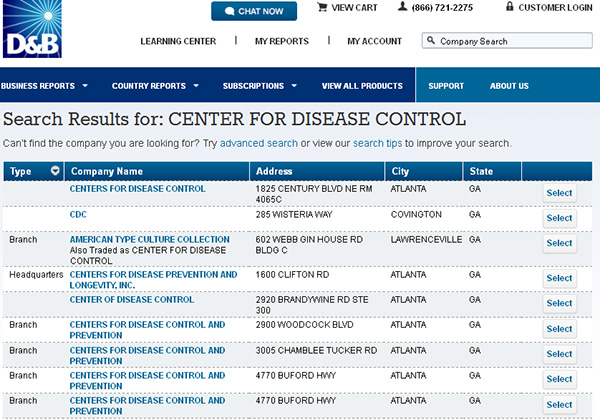 Big Pharma and the CDC: one in the same

An investigation by the British Medical Journal (BMJ) and the Bureau of Investigative Journalism (BIJ) found that three key “scientists” who helped develop official swine flu policy for the World Health Organization (WHO), recommending that practically everyone be vaccinated, received cash payments from both Roche and GlaxoSmithKline (GSK), two pharmaceutical giants that manufacture swine flu vaccines.

These two companies, as reported by The Guardian in 2010, paid off policymakers in multiple countries, including in the U.S. (at the CDC), to write the WHO’s guidelines for swine flu that pushed dangerous swine flu vaccines on millions of people globally. With the help of the CDC and other corrupt agencies, these pharmaceutical corporations pocketed billions of dollars.

“The tentacles of drug company influence are in all levels in the decision-making process,” stated Paul Flynn, a British Member of Parliament who spoke out against this racket as it was occurring.

The CDC has also been complicit in forging fake science to push other dangerous vaccines like the MMR jab for measles, mumps and rubella. Robert F. Kennedy Jr. blew the lid on this scandal that same year, outing now-shamed scientist Poul Thorsen for stealing $2 million in research money while covering up the link between MMR and autism, which the CDC ate right up in its quest to protect the reputation of MMR.

Related:  What's coming? Californians told to stay within 120 miles of their residence

Top CDC scientist Dr. William Thompson has also since come forward as a whistleblower to expose the CDC for manipulating research findings that showed MMR causes autism at a disproportionately higher rate in young black boys compared to other children – though MMR causes autism in all types of children, this same research found.

“As more and more ‘vaccination’ propaganda appears in the mainstream media, it is crucial that the American people become aware of the outrageous scam the CDC and the medical industrial complex are running,” warns the AntiCorruption Society.

“All that is needed is for folks to educate themselves and join the many good people (professionals and non-professionals) working to get the truth out.”

Sources for this article include:

What’s coming? Californians told to stay within 120 miles of their residence

Trump: They did these massive dumps of votes, FBI DoJ may be implicated

President Trump stands by his claims that his campaign was spied...

Did CNN’s Chris Cuomo break the law when he sent this,...