Google’s android “Terminator” army is nearly ready for its assault on the human race. With tech pioneer Elon Musk (and physicist Stephen Hawking) urgently warning that artificial intelligence (AI) could destroy humanity, Google seems intent on building the android Terminator hardware that AI systems will inhabit. The result, warn an increasing number of experts, could spell the end of humanity and a literal “rise of the robots” as often depicted in sci-fi.

See Stephen Hawking and Elon Musk sign open letter warning of a robot uprising from the Daily Mail. Also read Elon Musk Is Not Alone In His Belief That Robots Will Eventually Want To Kill Us All from Business Insider.

A video compilation by Discovery HD Channel called real life Terminator robots depicts the evolution of creepy human robots and their abilities to throw heavy objects, sneak through the forest, leap onto the roofs of tall buildings, traverse complex terrain and perform combat-optimized movements such as kneeling (to fire a rifle) or doing pushups.

One of the creepiest robots in the video is a mule-sized cargo carrying robot that can pick up heavy cinder blocks with its articulating “arm” and throw them with extreme force against would-be targets. This is the same robot that was previously shown in Boston Dynamics videos playing “track the human” games where it would stalk a person through the forest. Google acquired Boston Dynamics and seven other robotics companies in late 2013. 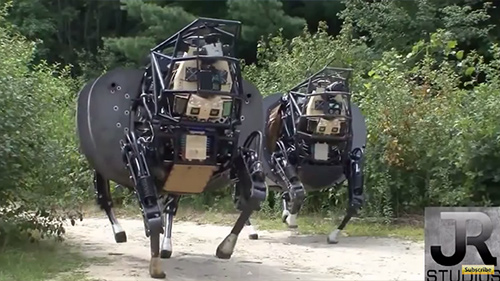 Presently, most of these robots are controlled externally and don’t demonstrate any real intelligence. But when combined with the AI systems now rapidly exploding in complexity and intelligence — Ray Kurzweil insists AI systems will be smarter than humans by 2029 — you have the perfect recipe for a walking, thinking, calculating “Terminator” robot that’s ready to commit mass genocide against humanity. 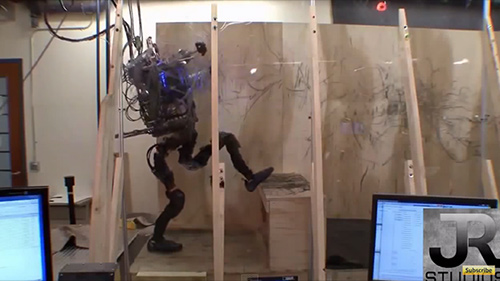 Who will control these robots? Google, of course, the same corporation that spies on all your email, searches and web surfing behavior. Google is now being called the “evil empire” of the modern world, and many are convinced the corporation intends to pursue an agenda of global domination at every level: technology, social engineering, robotics and militarization. 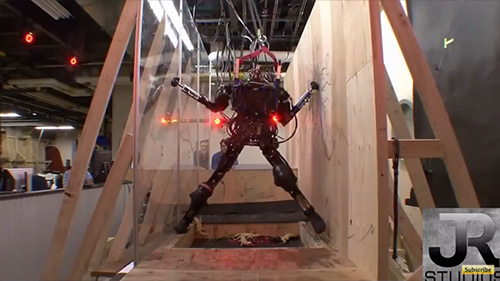 What is humanity’s defense against the rise of the robots? Firearms and EMP weapons, it turns out. Making robots bulletproof is very difficult to achieve, as they would become too heavy to carry out their tasks with efficiency. While robots could be outfitted with Kevlar vests, there are more than enough sniper rifles in the hands of everyday Americans — especially across the hunting industry — to take out millions of robots with high-velocity rounds and long ranges. 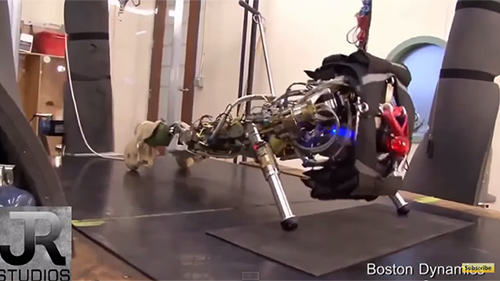 EMP weapons, too, can disable robots unless they are hardened against EMP attacks. EMP weapons were depicted in The Matrix sci-fi film as a key weapon against the search-and-destroy “Squiddies” that stalked humans and destroyed their transport craft. In order to survive for the long term, humans would have to seek out and destroy the robot factories that keep churning out the Terminators. They might also cut off the supply of power or raw materials to the factories by sabotaging supply lines. 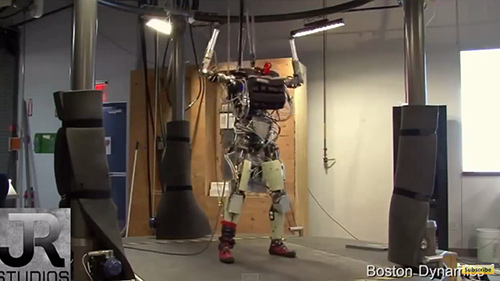 In the original Terminator film, future humans managed to invent a time machine that could send a naked human into the past to reshape the course of events. Kyle Reese was transported to 1984 — a year of really bad punk fashion — to protect future military leader John Conner, who was being hunted by a Terminator also sent back in time. 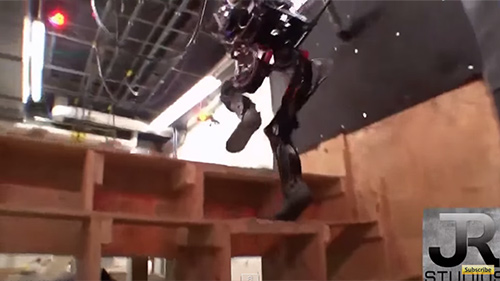 While Google hasn’t yet created a time machine, it’s getting frighteningly close to the Terminator android robots depicted in the film of the same name. Once achieved, this will give a corporation the military might of the Pentagon. Essentially, Google would be the first corporation in the world to raise its own private combat army. 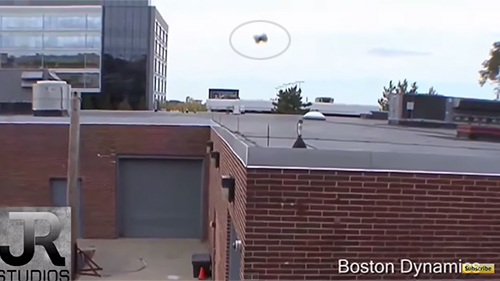 Survival of the human race may soon depend on humanity’s ability to disable or destroy armies of corporate-controlled robots programmed to terminate human life. Don’t search for how to accomplish this on Google.com, or you will be scheduled for termination.

In 1971 it was admitted vaccines contained a cancer causing agent

Intellihub Poll: Who won the GOP debate in Texas?