In essence, animal control departments are now running kidnap and ransom operations, holding family pets ransom for fines and fees that, if not paid, result in those family pets being murdered.

Don’t believe me? To my great surprise, this story comes from none other than CNN Money, which published this detailed report that outlines the animal murder operations taking place across America.

“In a number of cities across the country, animal control agencies are aggressively going after pet owners with big fines for small violations. Some hold people’s pets until they settle their bills, even if it means they end up killed,” report CNN Money authors Blake Ellis and Melanie Hicken. “Others leave the dogs alone but issue arrest warrants for owners who can’t pay up.”

This is REAL journalism, folks. And it’s happening at CNN!

CNN Money goes on to report:

When owners of seized or lost dogs can’t afford to get their pets back, they relinquish their rights to the animal, which can result in a pet being euthanized. Meanwhile, a CNN Money analysis of active warrants from a sampling of 15 cities and counties across the country found thousands of outstanding warrants for small pet-related offenses.

This dog, named Chunk, was murdered by the government in 2013. 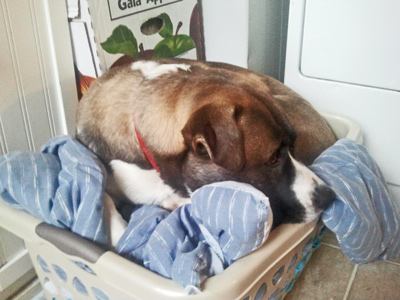 Family dog kidnapped from a woman’s yard and held for ransom, then murdered by government thugs

As CNN Money reports, a California resident named Elizabeth Vasquez says two dogs were kidnapped from her back yard by animal control “officers.”

They fined her $500, and when she could only come up with half the cash, they murdered one of the two dogs.

“[A]nimal control killed Silver before she could scrape together enough cash to get the dog out, says Vasquez, who speaks only Spanish,” reports CNN.

This woman had to pay $250 a week to hold her dog in a private facility while she awaits a jury trial after government thugs kidnapped it: 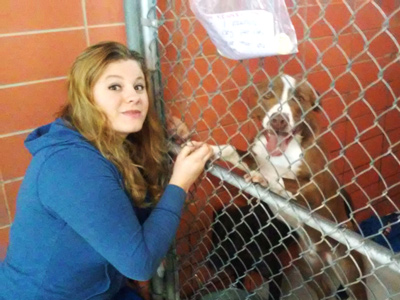 Sterilize, microchip and vaccinate your dogs or we will murder them

What most Americans don’t fully realize is that the animal control mafia not only has the authority to kidnap your dogs and hold them for ransom; they can also demand that you sterilize, microchip and vaccinate your dogs — or they will kill them!

“One pet owner was hit with this hefty fine [of $1,219] for failing to sterilize, vaccinate, microchip and license three dogs,” reports CNN Money.

Unbelievably, the animal control mafia has even been caught going door to door, issuing huge fines and citations without ever seeing the dogs in question! As CNN also reports:

Last year, Riverside County inspectors incited controversy for going door-to-door and giving out citations of up to $400 per dog in Indio’s low-income and mainly Hispanic neighborhoods. In some cases, they cited people for failing to have their pets licensed, sterilized, vaccinated and microchipped without even seeing the animals.

…”They are threatening people. They are intimidating people,” said Kim Maguire-Hardee, a local activist who runs a low-cost spay and neuter clinic.

Pay us $1,200 or we’ll murder your cat that we just kidnapped from your private property

Colorado resident Caitlin McAdam’s dogs, Jake and Lucy, were seized from her home two months ago after they were accused of killing a neighbor’s cat.

Even though no evidence was provided that linked her dogs to the incident, McAdam was told that they could be killed if she didn’t pay $1,200 in upfront impound fees within 10 days.

In other words, the animal control mafia can literally kidnap your pets from your own private property, then hold them ransom while threatening to murder them if you don’t pay up.

In another case described by CNN Money, an 82-year-old woman was thrown in jail for two days after her dogs had gotten loose and disturbed some neighbors. She was threatened by the animal control mafia with a $7,000 fine and a year in jail. “A pro bono attorney helped her negotiate the $7,000 bill to around $500, which she paid with the help of her church and lawyer,” reports CNN Money.

What we’re seeing here is yet another example of a rogue, psychopathic government targeting the public with mafia-style tactics. This kidnap-ransom-murder operation happening with family pets is also reflected in the civil asset forfeiture operations where cops pull over innocent families and steal their cash, claiming, “If you are carrying cash, it must have been acquired through drug-related activity.”

The government in America today — both at the local and federal level — has become a shakedown mafia run by psychopaths, and because the government alone has the authority to kill your pets or imprison you, the public is totally at the mercy of this authoritarian (yet totally insane) system.

We’re also seeing runaway medical brutality reflected in many state-level vaccine mandate laws that will force pregnant women, children and even senior citizens to be vaccinated against their will, essentially at gunpoint. Vaccines are still formulated today with toxic substances such as mercury, formaldehyde, aluminum, MSG and antibiotics — all openly admitted by the CDC.

So what it’s all come down to now is that every level of government operates as a criminal mafia to achieve its desired aims: controlling your pets, controlling your children, injecting you with medical interventions that profit Big Pharma, or just brazenly stealing your cash during a “routine” Highway Patrol stop. This is America six years into the Obama administration and 14 years after Bush oversaw the passage of the Patriot Act police state infrastructure.

No wonder more and more people are getting turned on to activists like Adam Kokesh, author of the book “FREEDOM!” Download the book PDF or MP3 audio files here.

No wonder Rand Paul is about to take the 2016 Presidential campaign by storm by promoting the fundamental principles of freedom, liberty, private property and freedom from government invasions of our homes, bodies and businesses.

No wonder websites like www.TheDailySheeple.com www.SteveQuayle.com www.TheLibertyMill.com and www.SGTreport.com are exploding in popularity. People are tired of living in a brutal police state where their children and family pets are simply not safe from government criminals!

At what point will the sleepy-headed masses wake up and smell the tyranny? Or will they quietly and pathetically submit to the government murder of their own pets because it’s the “obedient” thing to do?

Sources for this article include:
http://money.cnn.com/interactive/pf/pet-fine…