By Susan Duclos | All News Pipeline

“Technology will make available, to the leaders of the major nations, techniques for conducting secret warfare, of which only a bare minimum of security forces need be appraised… Techniques of weather modification could be employed to produce prolonged periods of drought or storm.”  Zbigniew Brzezinski, via-“Weather Wars & Un-Natural Disasters by Steve Quayle – 2007″

Weather warfare and weather modification, used by the U.S. military exists, that is not an opinion, it is fact as established by the Convention on the Prohibition of Military or Any Other Hostile Use of Environmental Modification Techniques, which was adopted by Resolution 31/72 of the United Nations General Assembly on 10 December 1976 and  was opened for signature at Geneva on 18 May 1977. (Source – UN Documents) 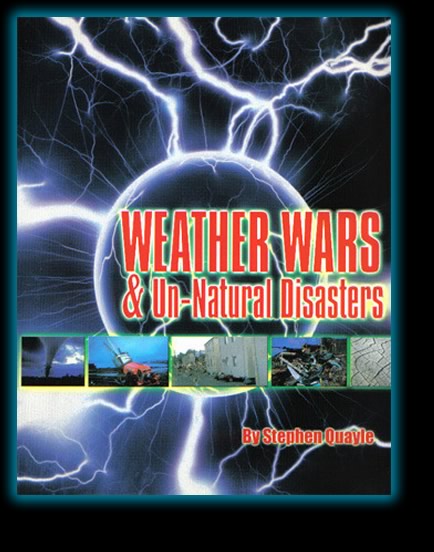 On March 13, 2015 ANP published leaked documents detailing an “unprecedented” military training exercise by the name of Jade Helm 15, which was to be held in multiple states throughout America with Texas and Utah listed as “hostile” and a portion of California listed as an “insurgent pocket.”

These scheduled exercises are classified as “unconventional warfare.” Since mid-March Jade Helm has become a hot button topic which exploded throughout the Alternative Media until the MSM was forced to start covering it, albeit mockingly.

The public outcry and concern became so overwhelming, specifically in Texas, that the U.S Military held a public meeting in Bastrop, Texas, which was attended by 150 people, many of whom did not believe the official explanations as evidenced by some of the quoted statements in news articles reporting on the meeting.

Would the court be offended if I said I didn’t believe a word the Colonel was saying?” said one gentleman. His statement was followed by loud cheers. Another man followed asking the military official if the money would be better spent protecting the southern border.- (Source – MyFoxAustin – Video included)

In response to the public concern, Texas Governor Greg Abbott directed the Texas State Guard to monitor the Jade Helm 15 excercises and to “provide regular updates to the governor’s office to ensure Texans’ “safety, constitutional rights, private property rights and civil liberties will not be infringed” during the training.”

The concerns about Texas being labeled “hostile” in the upcoming exercises stem from a variety of issues. Texas is an “economic powerhouse,” as was recently pointed out by an ANP source, with natural gas, oil resources, and water aquifiers. Texas is also known for being a state with some of the most gun-friendly laws as well as having one of the largest gun-owner population.

Since that Bastrop public meeting and the Texas Governor’s actions and direction to the Texas State Guard, a series of events have occurred that have made headline news nationally.

In mid-May there was a Waco, Texas “biker gang shootout,” which left nine dead and resulted in the arrest of 170 people, followed by Texas being “ravaged” by massive storms with thousands fleeing, multiple deaths, residents missing,  freeways flooded, vehicles submerged, etc…

The storm’s timing comes just a little over a month after Governor Abbott issued a proclamation “renewing the certification that exceptional drought conditions pose a threat of imminent disaster in a specified number of counties in the State of Texas.” (Source- Texas Government PDF dated April 9, 2015)

Also massive military asset movement has been documented, streaming into Texas for the Jade Helm exercises, making the positioning of said assets to deal with a “state emergency” quite “coincidental.”

Severe drought conditions to deadly storms and flooding, all in a little over a month, bring about the question of whether Texas is being deliberately targeted by weather warfare technology because of their resistance, very public resistance I might add, to the Jade Helm exercises.

This question was brought up in a SQ Alert at Steve Quayles website, dated May 26, 2015.

As I’m looking through breakingnews headlines, and seeing the continuous references to the extreme weather so concentrated over TX, and coupled with the continuous chemtrailing that happens throughout the US, I can’t help but think that what is going on right now as part of the Jade Helm “exercize”, could not actually be the domestic roll out of weather warfare on an agressive scale. We know they can control the weather to at least some degree.

We know that the chemtrailing over CA and in the Pacific moddifies the jet stream to both keep CA dry and to force that precipitation east towards TX and other southern states. We know that Jade Helm is “pretending” that TX is a hostile enemy that must be engaged. The millitary is already rolling out across the state as part of this “drill”.

Why then, is it not reasonable to assume that as part of this “mock civil war drill” that they would not practice using the tools that they have in their arsenal? They used typhoons against the enemy in the Vietnam War, why would they not use this form of warfare against a domestic enemy as well?

I mean, how perfect is it that the military will be on hand to help “assist” the state with any effects of this “freak weather”? The citizens would stand down as the millitary rolls into major cities to assist in “humanitarian efforts” as opposed to protesting martial law drills in their peaceful state.

It’s just too coincidental that this Jade Helm thing is going on with TX the stated target, the biker shooting in Waco involved the Banditos gang which a year ago Holder’s (criminal) Justice Dept released a report about that gang and stated concern that they have many active and retired millitary, police and other federal government personnel as members (one of their “red list” targets that now they can portray as criminals), AND on top of all that TX is being completely hammered with extreme weather that seems suspiciously like what one would characterize as weather war.

I’m sorry, but to me this all seems too coincidental and too perfectly timed not to be part of an orchistrated and unified program. This is just conjecture but as we know, the truth is most often stranger than fiction.

Thought maybe I’d share this perspective as something to be considering as the alternative media tries to stay a step ahead of where they want us to be.

May God bless and protect you!

Considering the timeline detailed above, the lack of transparency by the U.S. government in relation to Jade Helm 15, their initial stonewalling on the leaked documents, the prepositioning of military assets in Texas, and the rapid-fire events occurring subsequently, the questions asked in the above alert are not out of the realm of possibility, given what we know about Texas and the governments technological advancements in weather warfare and weather manipulation.

IS THE US PLANNING TO GIVE 7 STATES, INCLUDING TEXAS, BACK TO MEXICO? – FLASHBACK: JADE HELM 15/AZTLAN MAPS

ANP was reminded via email of a March 2015 article written by Stefan Stanford, where the question was posed “Is The US Preparing To Give 7 States Back To Mexico?”

In that ANP article, we were shown the Jade Helm 15 map alongside the purported Aztlan maps for a shocking reminder of a Agenda 21 plan to “return land to indigenous populations,” specifically addressing the La Raza belief that U.S. stole Mexican land.

Note the original seven states listed in the Jade Helm 15 document were Texas, New Mexico, Arizona, California, Nevada, Utah and Colorado. This was before Colorado “supposedly” pulled out of Jade Helm 15 (although current events show something “big” is happening in Colorado), and Mississippi, Florida and Louisiana were reportedly added in to the JH 15 schedule.

This definitely gives the current coverage of the open borders a more ominous overtone.

Furthermore, IF the U.S. government decided to make war against its citizens, the states listed as hostile, specifically Texas which is known for its willingness to fight and die for their liberties and is a beacon of freedom, would be the first to have to be taken down.

Given all the aforementioned points, we are back to our headlined question “Is Texas Under Attack By The U.S. Government For Resisting Jade Helm?”