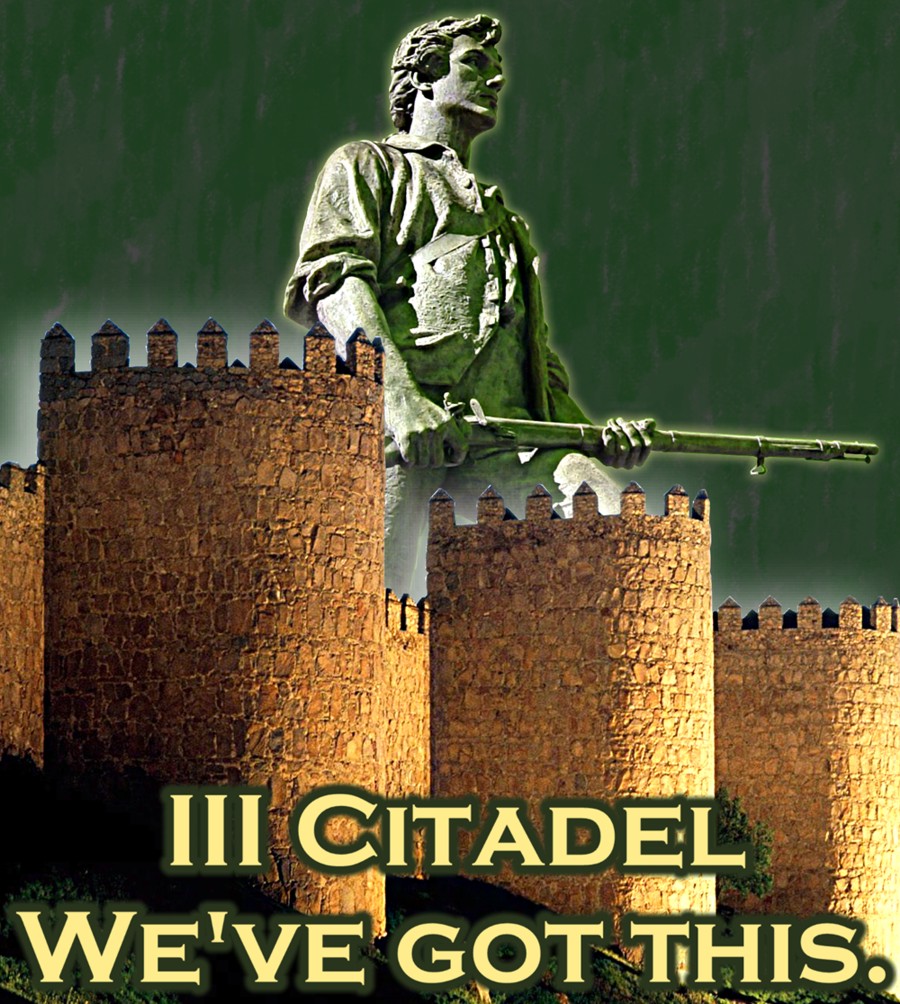 As the government and police state become more insane, people who just want to be left alone are starting to come together to build self-sufficient communities.

In the past few years the Free State Project in New Hampshire and other states have had great success starting communities with like minded people based on the principles of liberty.

This allows people to create alternative systems and build strong communities with others who are on the same page.

Recently it has been reported that a group of preppers, definetly in the hundreds, possibly in the thousands are planning to  move to Idaho in hopes of creating a prepared and liberty minded community.

According to the Idaho Statesman:

“A group named The Citadel is hoping to build a community in the mountains of North Idaho made up of thousands of households.

The project would be a “martial endeavor designed to protect residents in times of peril” and “built as a fortified bastion of liberty,” according to the group’s website, iiicitadel.com.

The plan is to build the community — with a fortified castle and firearms museum, and typical city features like a bank, jail and library — south of Coeur d’Alene.

It would have 3,500 to 7,000 families living on about 2,000 to 3,000 acres, according to the website.  But the fate of the project is very uncertain, according to the group. It isn’t clear yet whether it would even be built in Idaho.”

The website given in this report is no longer in service, however, the group still has a operational blog at this location.

“Patriots understand that an epic storm is coming to America.Economic collapse is imminent. Disruptions of Just-in-Time supply lines will lead America into chaos.

Violence along racial, ethnic, religious and economic class lines will bring forth famine, disease and a fundamental reset of life in America.A group of Patriots have decided to build a community off the most likely lines of peril, a bastion of Jefferson’s Rightful Liberty where we may remain safe, warm, healthy and comfortable while American society suffers the inevitable destruction that must accompany the decades of degenerating morality of our Countrymen.

The cornerstone of the Citadel is III Arms Company, an industry to support the first wave of Patriots who will become modern American Pioneers. We will build Fighting Arms and ammunition for Patriots and around us a town will begin to grow.

Other revenue streams are already in the works. Our intent is to purchase at least one thousand acres, and construct a walled town of at least one square mile to withstand any potential violence from hungry, diseased Souls.

Obviously the Citadel is not being built to defy any laws of the united States or the State of Idaho, or to withstand any .gov or .mil attack. Our fortifications are merely defensive for a SHTF world.

The Citadel will have between 3,500 and 5,000 households within the walls, with a single gate permitting access.

The Citadel is not to be a closed society, instead a refuge for genuine Patriots who wish to live without neighbors who are Liberals and Establishment political ideologues, open for tourists who will be welcomed into our town to visit our planned Firearms Museum, shop in our Town Center, stay in a B&B or hotel while vacationing and exploring the wonderful skiing, hunting and fishing opportunities in the area, and many other attractions we will offer.

If you need to escape your suburban life and the vulnerabilities your family faces, consider the Citadel.Ours is a community of Riflemen and Patriots.

Living in a house, townhome or condo within the Citadel requires residents to voluntarily assume responsibilities for the common defense. Our community is not for everyone. But if you think you and your family would like to live among real Patriots and to be prepared for an America when the SHTF, consider the Citadel.

We have not yet begun accepting applications for residents, though the process will begin soon.

If you are looking for a fresh start, a place to open your dream business in a community where Free Enterprise reigns, a home in a place that will be safe when the rest of America begins to suffer from the long train of abuses endured for several generations, consider the Citadel”

When contacted by the local news in Idaho, a spokesperson said that this plan was just in the very beginning stages, explaining that:

“Currently we are a loose collection of several hundred people with a germ of an idea, and honestly not ready to provide you with a cogent interview or even background”

The spokesperson also explained that wherever the group does end up they plan on being an asset to their community, not an intrusion.

Tips for surviving an EMP attack in America

How to create your own emergency food supply on a budget

More reason to be a prepper: Aid is arriving by the ton in Puerto Rico, but it’s NOT getting to the people because the...

FBI agents were already at Luxor during the Las Vegas shooting

Deep state sends message to Manafort and others