China’s government told reporters Monday that it will maintain its family planning regime and hold steadfast to the one-child policy because the country faces mounting resource pressures from the high demands of its 1.34 billion citizens.

Yet the  announcement came just a day after leaders said they plan to strip power from the agency that oversees its one-child policy, a move some observers say signals a phase-out of the much-criticized population control.

What does it all mean? China Real Time talked to Wang Feng, a population expert and director of the Brookings-Tsinghua Center for Public Policy in Beijing, to break down the issues.

What’s driving the mixed messages from the government?

Saying that there is no change is a measure to save face and a recognition that they can’t announce all the change in one day. The National Population and Family Planning Commission was created for a single mandate of controlling population growth and now they no longer have that, those powers have been dissolved. 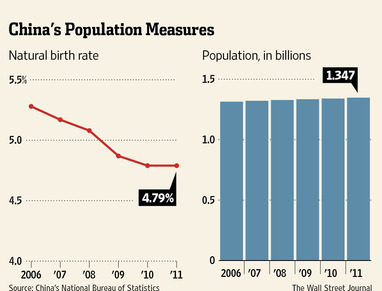 What the government is doing is a major political move and they cannot make or announce all the policy changes that go along with it in one day. They know they can’t dismantle everything all at once. It’s going to take some time.

It will not take long, however, for change to come. Leaders are aware of the changing demographics. The one-child policy has taken a toll on the labor force and has jeopardized the future economy.

Yichang falls into martial law, entire city of over 4 million on lockdown

Quarantined: Chinese authorities weld residents into their apartments, leave them for dead

GOP to block repeal of Obamacare by stalling