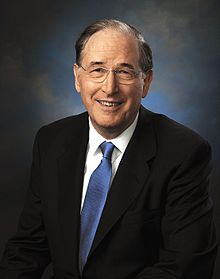 The Rockefeller family have been strict supporters of gun control for many years because they are one of the handful of families who fund and influence the politicians through their manipulation of monetary systems and control of natural resources like land, oil, gold, and diamonds.

They belong to the aristocratic club that wants to further enslave humanity using the political system, as that is what political systems are designed to do, they create mental cages.

This should be no surprise to people who are familiar with the history of this family and the nature of gun control, but recently a Rockefeller in the Senate has issued a statement using the recent shooting as an excuse to push for gun control.

According to the State Journal, Jay Rockefeller recently issued the following statement:

“I voted for the assault weapons ban in 1994, which also included a ban of high capacity clips, and it’s unacceptable that it hasn’t been reauthorized.

West Virginia has a proud hunting tradition and respect for the Second Amendment.

But most hunters I talk with know that prohibiting the use of military-grade weapons or clips that can fire dozens of rounds in a matter of seconds will not impact those traditions, nor do they have a place on our streets.  We need to pass a bill that will again prohibit such weapons.”

In addition, Rockefeller discussed the need to funnel more people into a state sanctioned and tax funded mental health system, which would undoubtedly include the distribution of harmful psychoactive drugs that have been known to play a role in many violent crimes.

In the statement he also said that:

“Preventing gun violence is a clear issue here, but this horrible tragedy also brings to the forefront the need for a renewed national dialogue on mental health.

Today, Medicaid is the largest payer of mental health services in the U.S.  Unfortunately, as both state and federal budget cuts have mounted nationwide, both inpatient and community services for children and adults living with serious mental illness have been downsized or eliminated.

We must fix that.  Despite the federal mental health parity law passed in 2008, which is in place to end insurance company discrimination against those seeking treatment for mental health, there is an incredible shortage of mental health providers across the country – including West Virginia.

This is yet another area where action is necessary.”

Wrapping up his statement, Rockefeller promised that he would be pushing for gun control legislation, joining the lynch mobs that have already assembled in Congress and the mainstream media.

He concluded by saying that:

“This horrific tragedy shook communities across West Virginia and the country.  But sadly, incidents with guns kill Americans throughout this country every day.  And I’ve heard from families in West Virginia who have lost loved ones, including their own children.

It would be a travesty if we only looked at Friday’s attack – as well as the many other senseless tragedies we’ve seen – in silence and refuse to act.  I’m pushing for that action now before we have to mourn more innocent lives lost.”

Rockefeller may talk like your typical politician, but you can be sure that his policies are a direct representation of what the ruling class wants.

Although his true intentions are hidden in his political rhetoric he looks at the general population as if we were his slaves, which is exactly why he wants everyone disarmed.

Civil war RISK, state by state: Is your state likely to be drawn into kinetic conflict as the rule of law disintegrates across America?