By Susan Duclos | All News Pipeline 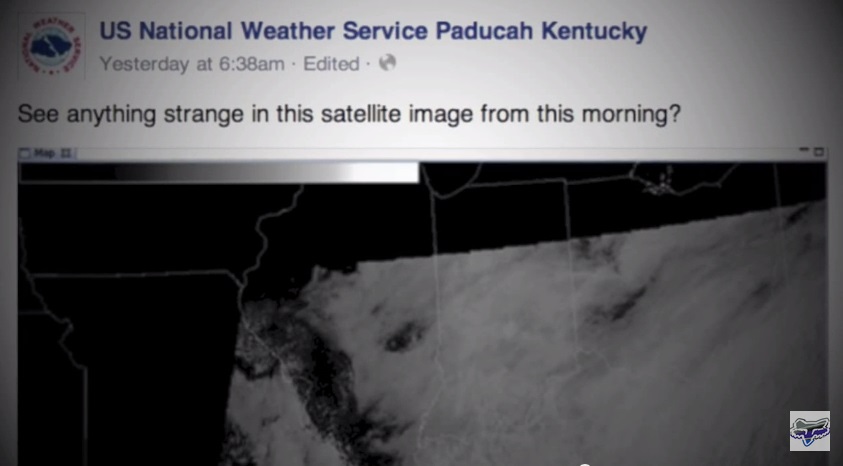 In one of the most disturbing Jason A video compilations to date, we see signs around the world which lead our videographer to state the “world is on the edge of something big.”

“Therefore shall the land mourn, and every one that dwelleth therein shall languish, with the beasts of the field, and with the fowls of heaven; yea, the fishes of the sea also shall be taken away.” 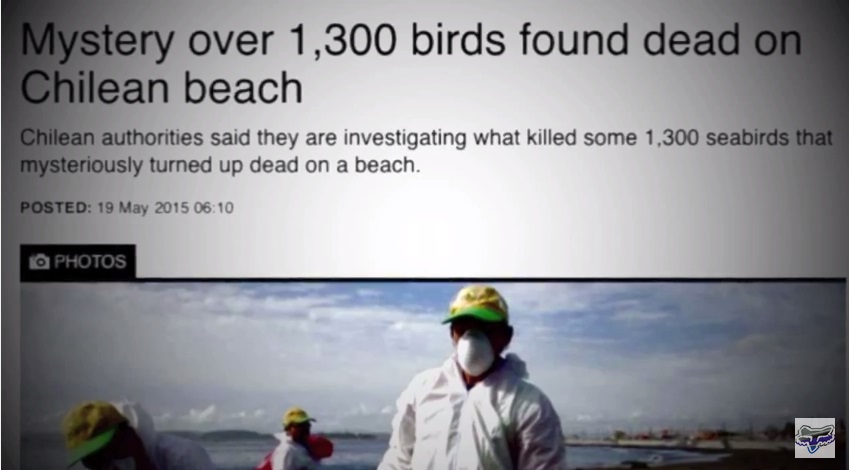 The video specifically noted the increase in these mass death events since 2011, which was when the great earthquake and subsequent tsnami hit Japan causing multiple meltdowns in their Fukushima nuclear plant, with the biggest release of contaminated radioactive water dumped into the ocean that continues until this day.

We look to End-Times Prophecy Org who have been documenting die-offs happening across the globe since 2011 and find that in 2015 alone there have been 363 mass death events spread out over 63 different countries, with links to each of the reports. In 2014 there were 651, in 2013 there were 798, and in 2012 there were 465 mass death events.

Turning to weather events the world prophetic signs Jason speaks of become even more concerning with an increased level of activity from worldwide volcanoes and earthquakes and  severe weather events, a small sample of screenshots shown below as to how he captures the feel of what is being seen, giving cause to why many of faith believe judgement is near and we are watching prophecy play out before our very eyes.

“There will be signs in sun and moon and stars, and on the earth dismay among nations, in perplexity at the roaring of the sea and the waves, men fainting from fear and the expectation of the things which are coming upon the world; for the powers of the heavens will be shaken.” – Luke 21:25-26 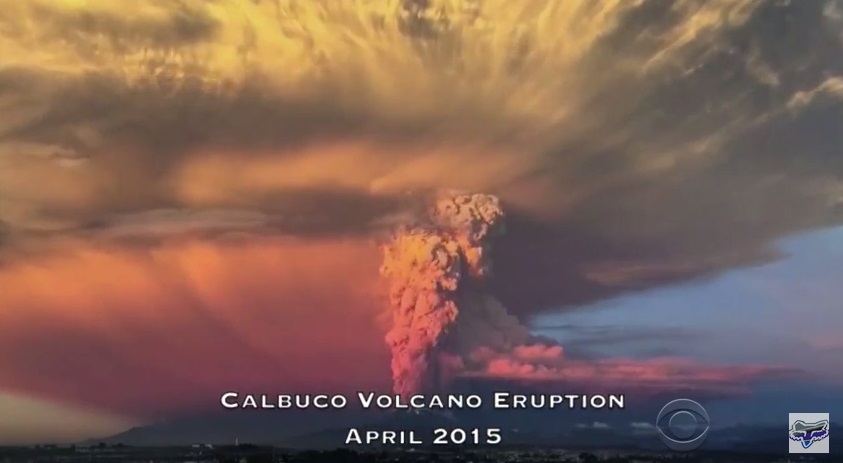 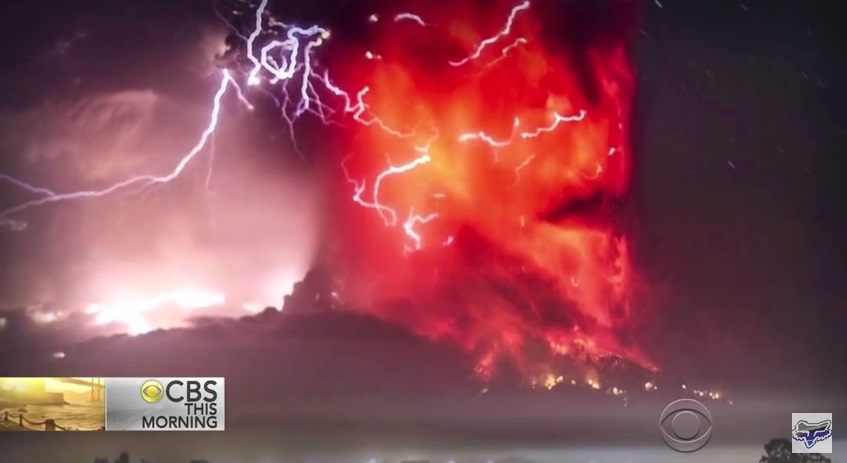 At around the 10 minute mark of the video shown below the article, we get to the headlined image, some might think the most shocking of all, which comes directly from the U.S. National Weather Service of Paducah, Kentucky, on May 21, 2015, via their Twitter account, with the message asking “see anything strange in this satellite image from this morning?” 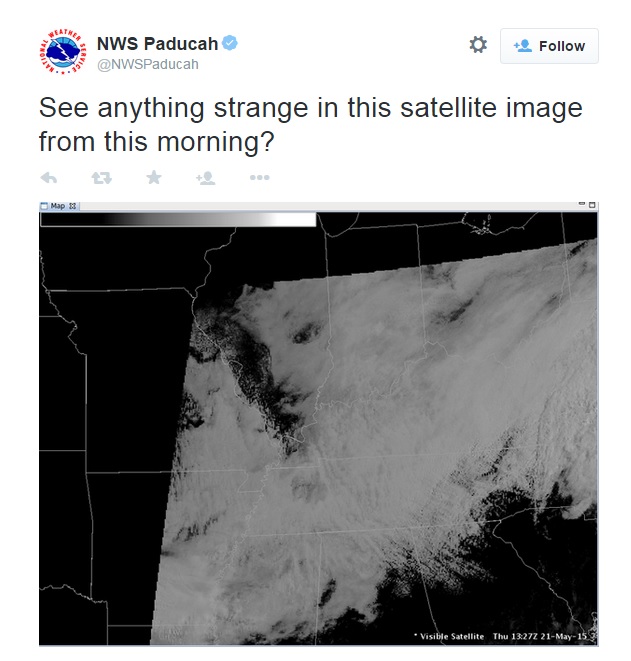 This is definitely a must-see video compilation and in my opinion, one of the best Jason A has ever published.

Study: 240 cubic miles of magma is swirling under California supervolcano