The BDS movement seeks to pressure Israel to comply with international law and end its illegal occupation and oppression of the indigenous Palestinian people through peaceful economic measures.

It was called for by Palestinian intellectuals and activists as a way by which human rights advocates around the world can express solidarity with and assist the Palestinian people in their struggle for liberation and equality.

BDS has just three demands for Israel, all of which are mandated under international law:

Given the rapidly burgeoning success of the movement throughout the world, the Israeli government and its allies, principally the US and Canada’s right-wing Harper government, have gone to great efforts to slander BDS as anti-Israel and even, in an egregious act of mudslinging dishonesty, “anti-Semitic”—in spite of the fact that the movement is led by Jews and non-Jews alike.

Throughout her two-page missive (embedded in full below) to Saban, a media mogul with a net worth of $3.5 billion, Clinton echoes common Israeli PR propaganda (hasbara) talking points.

Her rhetoric is essentially indistinguishable from that of far-right Israeli Prime Minister Benjamin Netanyahu.

In the letter, Hillary Clinton

According to Forbes, Saban is among the top 500 richest people in the world. He has long been a supporter of Hillary Clinton.

In an interview with the Nakba-denying Israeli publication the Jerusalem Post, Saban characterized Clinton as the ideal US presidential candidate for Israel.

“Hillary will be great for Israel,” he said. “Hillary has been a steadfast defender of Israel’s interests. She will be a fantastic president for the US, an incredible world leader and one under whom the relationship with the US and Israel will be significantly reinforced.”

In April 2015, Saban told the same publication that he knows Clinton’s secret opinions on the US nuclear negotiations with Iran, hinting that she, like the Republican Party, opposes them.

Clinton even held a fundraiser dinner at the mansion of the fervent pro-Israel billionaire in Beverly Park, LA in May. Those who hoped to dine with the Democrat leader paid $2,700 per person just to get in. In her remarks to the wealthy guests, Clinton quipped that “it was nice of the royal family to name their baby” Princess Charlotte after her granddaughter.

In the meantime, while Clinton was entertaining her ultra-rich donors at a luxury dinner in the home of one of the 500 richest people on the planet with discussion of the British royal family, Variety magazine notes, “in Beverly Hills, some union and environmental groups staged rallies calling for Clinton to oppose the Trans Pacific Partnership,” a secretive, neoliberal, anti-worker, anti-environment free trade agreement, often described as “NAFTA on steroids.” 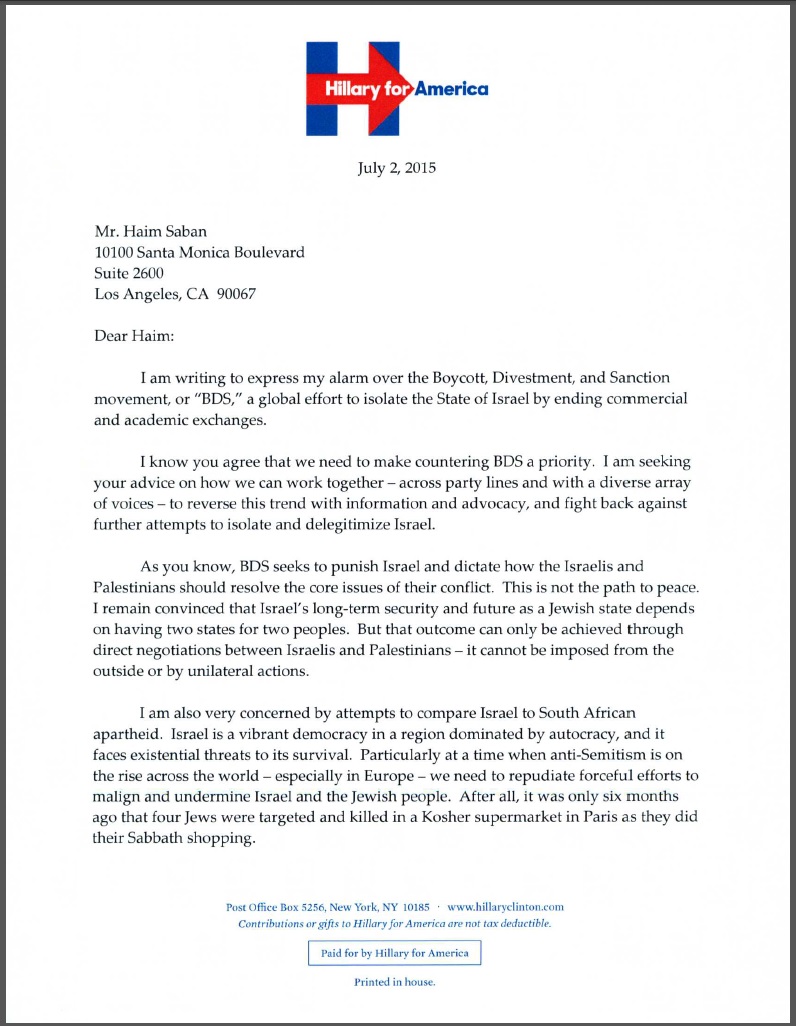 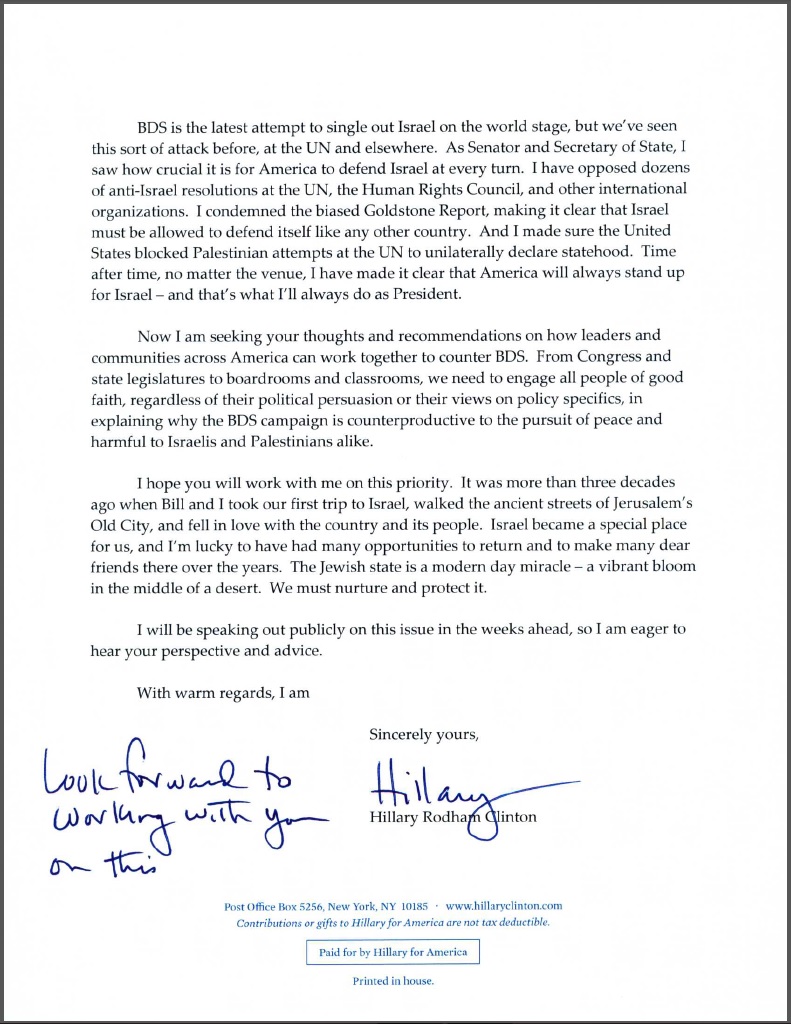